The Final Night Gala celebrates the contributions of the outgoing AIFD President and the AIFD Leadership Team. It was also a celebration for the success of the Symposium – “Revolution”.


The Gala was titled an “Enchanted Evening”. The designer used soft light blue, layering and transparency applications through out the room. The image is one of six different centerpiece styles that were created to achieve intimacy and interest. The arrangement above is designed in a large pewter iron stand which created volume and provided a framework for an abundance of hanging candles, crystals, beads and sheer ribbons.

This is one of four categories in the SAIFD Competition. The students are asked to design two identical napkin rings. The designs are judged on how indistinguishable they are, in addition to adherence to the principles and elements of design.


The design above was part of many AIFD exhibits at the Philadelphia International Flower show. AIFD celebrated their 15th year at the show and presented a program taking the audience through the entire process of being an exhibitor.


The program show cased new inductees as the designers. All designers were given the same materials and asked to interpret a Flob. A Flob is an acronym for “floral object”. The term was used in the late 1960’s in Europe, to show case plant materials differently from their norm. A Flob can have several individual floral or natural components, and sometimes man-made elements.
Posted by Jenny T. at 5:27 PM 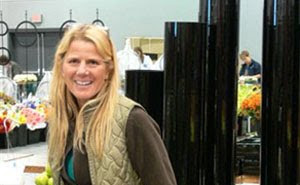 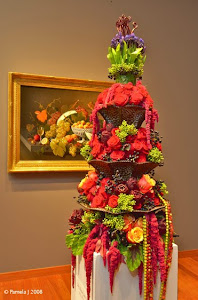 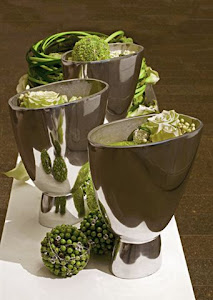 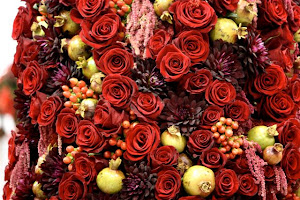 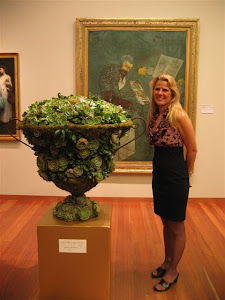 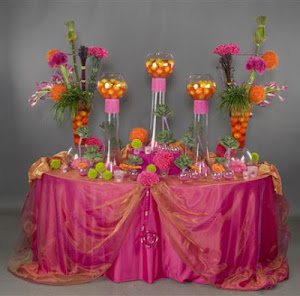